At the end of last week, the price of oil suddenly dropped 5%. 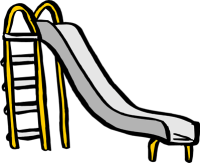 This slide comes on the heels of news that crude oil stockpiles in the United States did not fall enough – only 2.2 million barrels during the week of July 1. This means that refineries used much less crude oil than anticipated for this this early summer season. Gasoline inventories fell less than expected as well – only 122,000 barrels were used when over 300,000 were expected.

This data indicates what world events have been hiding for the past few months – that there is still a global glut of oil and gasoline. Absent new events, the price of oil should continue to slide to reflect this.

Glut in the United States

Americans are driving. They just aren’t driving enough to make a dent in the fundamentally oversupplied oil market and in the massive inventory of stored crude oil. Typically, U.S. refineries draw extra crude oil at this time of year to make more gasoline for the vacation season demand. However, when oil was cheap in prior months, refineries drew more crude oil, meaning they already met the increased demand of today months ago. This extra gasoline explains the EIA’s July 1 numbers and exposes the oil glut that global events had been hiding.

Satellite photos tracking oil tankers around the world illustrate the oil glut visually. Dots and arrows indicate a traffic jam of super-tankers clogging lanes between the Persian Gulf and China. The worst bottlenecks are visible around Singapore, where ground photographs reveal a parking lot of ships waiting to enter ports in Asia and unload cargoes. The contango situation also exacerbates these traffic jams because it is still cheap enough to keep oil stored on ships while owners wait for oil prices to climb. However, this risks a sudden flood on crude oil into the market and a corresponding slide in oil prices.

Global events in Nigeria, Canada, Libya, and Iran have helped hide the oil glut situation so far this summer. The Niger Delta Avengers, a terrorist organization in Nigeria dedicated to destroying Nigerian oil infrastructure, have done significant damage, but not enough to make a serious dent in global oil production. Wildfires in Canada shut down production in the Alberta tar sands, temporarily, but the fire has been extinguished. Hostility between rival producers in Libya resulted in a suspension of Libyan oil exports for several weeks. News of possible strikes amongst Norwegian and Kuwaiti oil workers also lifted oil prices temporarily even though these labor issues were resolved before any serious stoppage occurred. Speculation has magnified the effects of geopolitical, labor, and environmental events and helped push the price of oil higher than it should have been.

News that China’s so-called “teapot” (aka independent) refiners are processing less crude oil and news of increased production in U.S. shale oil regions helped push the price of oil lower as markets opened this week. The question is whether this current slide will bring the price of oil down to the low $40s or if some geopolitical, labor, or environmental issue will pop up and hide the glut again.