According to the EIA, the United States has drawn down more than 4 million barrels from its record high stocks. The price of oil, which was down around $46.00 a barrel during the height of Brexit panic, is back up to around $50 a barrel. No doubt, news of the 4 million barrel draw (despite repairs to damaged pipelines in Nigeria and returning production from Alberta now that wildfires have subsided), helped push the price of oil up before U.S. markets closed for the 4th of July holiday.

This does not mean that oil glut in the United States is resolving. In April, the US had a record 543.3 million barrels in storage. This was good news for refineries that had been sidelined for adjustments and maintenance. They quickly drew on these stores to increase output in preparation for growing gasoline demand during the summer months.

Crude oil inventories are down 3% as a result, but crude oil stockpiles are actually 71 million barrels higher than last year. Compared to last year, oil production in the United States has declined, but due to relatively higher and stable prices, that trend is beginning to reverse itself as producers restart production on ready-to-go wells. 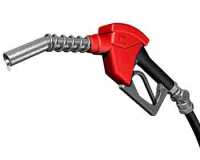 This number was higher than expected, causing some concern. Refineries may have overestimated consumer demand for gasoline, which, during the height of the American summer driving season, could be a troubling sign for both crude oil prices and the U.S. economy.

As we head into July, the market seems to be backing off of the $50 a barrel mark with futures markets showing both Brent and WTI down below $50 a barrel. High gasoline and other refined products’ stocks, along with perceived weaknesses in Asian markets seem to be impacting oil. Of course, there is always a chance that recent bombings in Saudi Arabia will cause a short term spike in oil prices. Two of the bombings occurred at Shi’a mosques in the eastern city of Al-Qatif (no one other than the bombers were killed or injured) which is home to massive oil storage containers and a major crude oil production facility. Even though nothing remotely close to Saudi Aramco’s oil facilities was ever in danger, it would not be surprising to see ill informed oil market speculators reacting to these recent incidents.