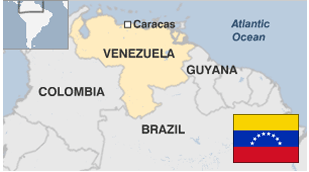 Back in middle of the 20th century, Venezuela was a trailblazer in the international oil industry. In 1948, it was the first country to win a fifty-fifty profit sharing concession agreement with an American oil company. In 1959, Venezuela took the initiative by reaching out across the world to find solidarity with the Middle-Eastern oil producing nations. The first handshake between Juan Perez Alfonso of Venezuela and Abdullah Tariki of Saudi Arabia quickly led to the creation of the Organization of Petroleum Exporting Countries, or OPEC.

Despite its fundamental role in founding the oil cartel that brought immense wealth and success to oil producing countries in the 1970s, Venezuela has found itself sidelined in the organization’s recent decisions, and it is not pleased. Venezuela’s largely state-run economy relies on its oil industry. In the last year, since oil prices have dropped, the Venezuelan economy has suffered tremendously. OPEC countries like Nigeria, Angola, Algeria, and Ecuador have been similarly affected, while Saudi Arabia, the UAE, Kuwait, and Qatar – with their large cash reserves and relatively small populations – have not.

But of all the non-Gulf OPEC countries, only Venezuela has the political, historical, and productive capacity to at least attempt to change OPEC policy.

Former Venezuelan oil minister, and current U.N ambassador, Rafael Ramirez just announced that Venezuela intends to present a plan at the OPEC technical advisors’ meeting on October 21st designed to return to OPEC’s previous system of production quotas through a carefully crafted timeline of progressively greater production cuts. The plan is calculated to re-establish a price floor, first at $70 a barrel, and then later at $100 a barrel.

Ramirez is lobbying for the OPEC meeting to take place in Caracas and clearly hopes that his home field advantage will put pressure on the Gulf States to agree to cut production. Does Ramirez’s strategy have any hope of succeeding? The short answer is no.

First, the Saudis, Kuwaitis, Emiratis, and Qataris would never act to change oil market policy simply to help out the struggling economies of lesser-well-off OPEC members. These are countries that act first in their own self-interest and self-preservation in almost every aspect of foreign, military, and economic policy. Their leaders would never jeopardize their long-term oil strategy simply because a fellow oil producer has fallen on hard times.

Second, cuts in OPEC production would not necessarily yield the results Venezuela seeks, because Russia and other non-OPEC oil producers can continue to produce as much oil as they can sell. Unless Russia and Mexico, at the very least, agree to participate in OPEC’s production cuts, there is no guarantee that price floors can be sustained. Saudi Arabia has signaled its willingness to discuss an agreement with non-OPEC oil producing countries. Yet even if Mexico and Russia agreed to participate, countries like Canada and the United States, with their free markets and private energy companies, will never come in line.

Third, the policy change engineered last year by the Saudis and the other Gulf States is, for their purposes, succeeding. Demand is up, the Saudis are selling more crude oil than ever and assisting their new refining industry. Small, undercapitalized fracking companies are selling off their assets and, in some cases, folding. The Saudis are continuing to make inroads into Asian oil markets and the Asian refining industry. They believe the oil market will balance itself out in time. But that time is not now.

Venezuela knows its chances of success are slim, so why bother? Likely, it’s all about politics. Venezuelan leaders want to show their citizens they can stand up to the Saudis, even unsuccessfully. Moreover, they can always benefit by strengthening their place within the coalition of smaller, weaker OPEC nations.