(Also on investing.com as The Siberian Mirage: Is Saudi Oil Dominance Slipping In Asia?) 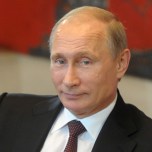 According to the latest data, Russia has surpassed Saudi Arabia as the top exporter of crude oil to China. Russia sold China 984,000 barrels a day in September but Saudi Arabia only unloaded 962,000 barrels. This is the second time in less than 6 months that Russia outsold the Saudis in China.

Are we witnessing the end of Saudi dominance in the crude oil export market? What about OPEC’s grand strategy? Has the Arabian oil giant lost the war for market share in Asia? 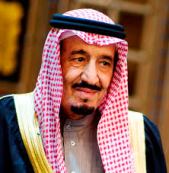 This is a case where production and sales numbers cannot be relied upon to tell the whole story. Let’s compare Saudi Arabia’s position in China to Russia’s position:

Back in 2010, when the price of oil was pushing $80 a barrel, Rosneft (MCX:ROSN) and China National Petroleum Company (CNPC) agreed to build a $5 billion refinery in Tianjin, China. The refinery was supposed to open in 2015 but is delayed through 2019. Meanwhile, Rosneft just sold a refinery in eastern Russia to the Chinese and has been unloading other assets left and right since the price of oil dropped—like the Siberian oil field it just sold to BP (N:BP).

Rosneft is cash-strapped and desperate to sell all the crude it can. The company’s recent sales managed to stave off a government bailout, but debt continues to hang over the company and will continue to hamstring its international expansion.

Saudi Aramco, on the other hand, is in a strong position to expand. In fact, the company has been buying assets steadily over the past year. First, Aramco increased its share in South Korean refiner S-Oil Corp (KS:010950) to 64%. Then, Ali al-Naimi went to Beijing and opened talks with CNPC to purchase a share in one of its 26 refineries, complete with 300 retail outlets. The deal is estimated at between $1 and $1.5 billion.

China is just now permitting foreign firms to invest in the country’s fossil fuel industry (previously only “green” ventures were open to foreign investment) as part of a restructuring process for state-owned enterprises. Acquiring a stake in one of CNP’s 26 refineries and petrochemical installations ensures a steady outlet for Saudi crude in the face of strong competition from other oil producers.

Saudi Arabia’s low debt-to-GDP ratio (one of the lowest in the world right now) means that banks are tripping over each other to finance their purchases, whereas foreign creditors are fleeing Russia as fast as they can. Russia’s national debt-to-GDP ratio is relatively low for a developed country, but the debts its regional governments have accrued – $42 billion – tell the real story. Foreign investment in Russia is down 50% in 2015, and the Russian economy shrank 4.6% in the second quarter of 2015.

Russia is certainly trying to make inroads into the Chinese energy market, but selling to China an average of 22,000 barrels of oil a day more than Saudi Arabia, in the month of September, is not going to solve Russia’s economic woes and Rosneft’s financial problems. Perhaps the $400 billion natural gas deal Gazprom (MCX:GAZP) signed with CNPC in 2014 will help alleviate Russia’s cash crunch, but before Russia can even begin delivering the natural gas to China, Gazprom must build a new pipeline from its Siberian gas fields to China’s coastal cities. Delivery is expected to begin in 2018, but given the Russian track record on completing infrastructure projects, this timeframe seems overly optimistic.

Investors should treat news of Russian “victories” in the energy industry with healthy skepticism, particularly in light of past instances where Russia flies in to capitalize on a public relations moment and then fails to follow through.

Ali al-Naimi reminded Chinese officials that Russia is not a reliable trading partner during his last visit to Beijing when he said:

“Saudi Arabia is a consistent, stable and reliable supplier of quality oil. We are the most reliable supplier on earth. Quality and quantity is assured… We have proved, over many years, to be a reliable partner for China as its energy demands have increased. We remain committed to this partnership, and to this friendship.”