(Published as “OPEC: We break down the players going into the final meeting” on Futures.com) 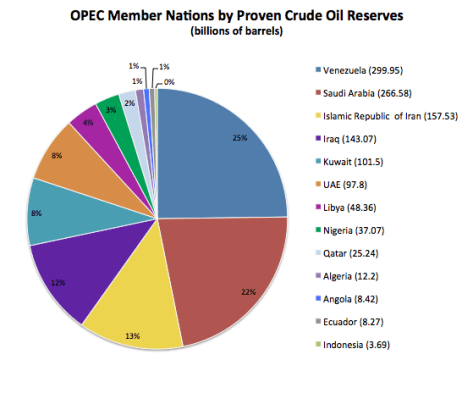 It is hard to overestimate OPEC policy as the most influential driver of global energy pricing and energy industry success. Even when OPEC does not actively manage its oil supply – even when OPEC does not set production quotas – the mere announcement of a continued hands-off approach has meaning and impact on the market.

Why does OPEC continue to influence the global markets to heavily when the majority of crude oil produced globally is non-OPEC? The only reason that the majority of crude produced is non-OPEC is because OPEC chooses to pump conservatively. (Yes, even with the deregulated OPEC policies of the last year, OPEC nations still exploit their reserves at rates far below the international average). OPEC nations still control 80% of the world’s reserves. That means that 80% of the known oil deposits under the ground and ocean are controlled by the OPEC cartel.

Since last November, OPEC has uncapped oil production. It has allowed member nations to produce oil at essentially unlimited rates. Saudi Arabia is leading this production, at times reaching up to 10 million barrels a day. There is no indication that OPEC will change its policy and reinstitute quotas at its meeting this week. However, some member nations will make a show of dissenting. Here is a look at what we can expect from the key players in this diverse group of nations. 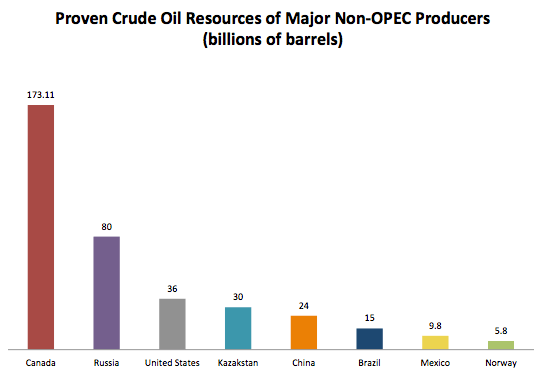 Of all the member nations, Venezuela has lobbied the hardest to reinstate production ceilings, which would raise the price of oil. Its economy is suffering terribly because it relies on high-priced oil, and oil is trading far below what Venezuela needs. Venezuela would like to set the price at $88 a barrel.

Venezuela may actually have greater oil reserves than Saudi Arabia (meaning oil in the ground), but it produces less oil because it lacks capacity, its suffers from a much weaker economy, it lacks cash reserves, and it lacks influential allies within OPEC. When there is a dispute over policy between Saudi Arabia and Venezuela, Saudi Arabia will almost always win. Venezuela understands this, so they have tried to undermine OPEC policy by issuing scare-predictions that oil will plunge to $20 a barrel. Venezuela has also tried to frighten OPEC by making overtures toward non-OPEC-member Russia. Venezuela will try to rally support for an OPEC production cut (and presumably a resulting price hike), but it will not succeed unless they Persian Gulf states assent.

Libya’s government is divided, and the country is ruled by two rival factions. Both are beset by attacks from Islamic State-backed groups. The current assumption is that Libya’s oil fields and refineries are now likely to be overrun by Islamic State. Saudi Arabia and other power Gulf nations oppose the Islamic State and do not want to see the group gain control over additional oil revenue. This provides further incentive for OPEC to keep oil prices low. Libya’s views at the meeting are insignificant because no other country will take their representation seriously as a controlling force in its domestic oil production.

December will mark Indonesia’s return to OPEC after suspending its membership 7 years ago. Indonesia is not an oil exporting country despite the fact that OPEC is an organization for petroleum exporting countries. In fact, the nation consumes more oil than it produces, making it a net importer. Indonesia’s decision to rejoin the oil cartel illustrates OPEC’s continued relevance and importance in the energy market. Indonesia is seeking to expand its refining sector and become a major exporter of petroleum products.   Rejoining OPEC will provide Indonesia with access to capital and expertise. Though Indonesia’s voice will be minor, it prefers low oil prices and will support whichever countries are most likely to provide needed capital and expertise.

These countries also want higher energy prices to improve their economies. Nigeria’s oil industry has faced the threat of terrorist attacks, but there is no indication that Saudi Arabia and the other Gulf Oil countries are concerned about the stability of their oil industries.

This past summer Iran signed an international agreement to lift sanctions against its economy. This means that Iran is now seeking to produce and export oil by mid-2016. Iran wants OPEC to reinstate production quotas which would presumably lift prices and “make room” for Iranian oil in the global market. Iran needs higher oil prices to 1) improve its struggling economy and 2) encourage the $200 billion of foreign investments it needs to bring its oil industry back online in a modern fashion. Currently, Iran is struggling to find foreign investors because the hardliners in Tehran have already criticized potential foreign involvement and potential investors are aware of Iran’s history of nationalizing businesses and confiscating foreign investments.

Iran has natural allies for an OPEC policy change in Venezuela, Ecuador, Algeria, Angola, and Nigeria, but the other Middle-Eastern countries are not eager to help Iran in any way. Iranians are not Arabs and Iran supports various regional interests in opposition to the Arab Gulf States. None of these nations are motivated to help Iran by making room for more of its oil in the global marketplace.

Saudi Arabia is the primary driver behind OPEC’s current policy. Despite the economic problems that other OPEC (and non-OPEC) countries have endured because of this policy, there is no indication that Saudi Arabia cares about their struggles. Nor does Saudi Arabia care that non-OPEC powers also wish for an OPEC policy change. Despite the claims of many analysts that Saudi Arabia has also struggled as a result of its own policies, low oil prices have benefitted the Saudi energy industry. The country has increased its contracts in China, India, and South Korea, and has been able to expand its downstream capacity significantly. Saudi Arabia still has significant cash reserves with which to fund its government and can produce oil at prices significantly below its competitors. Saudi Arabia will not change the OPEC policy unless and until it has decided it has accomplished its long-term goals. Remember, the Saudis are a patient and deliberate people.

Kuwait, Qatar, and the UAE are likely to follow Saudi Arabia’s lead, even if their interests diverge slightly. Like Saudi Arabia, these countries have large cash reserves to withstand an extended period of low oil prices and some, like Qatar, have LNG enterprises that provide significant revenue.